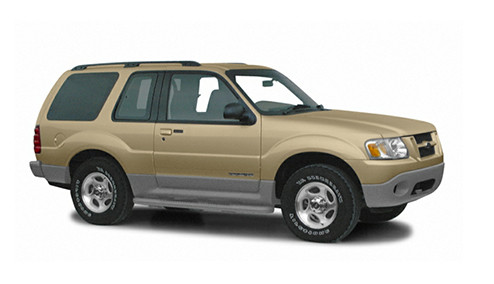 The Ford Explorer is a range of SUVs first released in 1991which holds the record of being the best-selling 4x4 worldwide. Only one model was ever released in the UK, the 4.0 V6, which had a five-speed automatic gearbox and full-time four-wheel drive. Two special editions came later in production, the Montana and North Face.The model received a facelift and make over in 1998 with various cosmetic and styling tweaks along with interior and security updates.
Please select your vehicle above to view our range of Ford Explorer parts including wiper blades, oil filters and fuel filters