UK new car buyers are increasingly shunning British-built cars in favour of imported vehicles, according to production and registration data from the year to date. 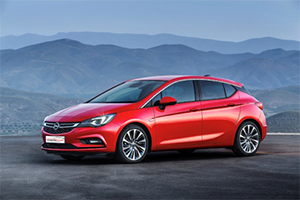 Between January and August of this year, data provided by the Society of Motor Manufacturers and Traders (SMMT) has shown that new car registrations are down by 4%, equating to about 70,000 cars. In the same period of time, production of British cars for British buyers have decreased by 19%, equating to more than 44,000 vehicles. Which suggests that British-built cars are now making up about 12% of all sales, compared to 2% higher at the same point last year.

However, British-built cars for export have decreased by approximately 1.5% for the year, equating to roughly 12,500 cars. In 2018 more than 81% of UK-built cars are exported to the rest of the world, a 3% increase from this time last year.

In terms of sales, the biggest loser appears to be the Vauxhall Astra, built in Ellesmere Port. In 2017, it had accounted for more than 36,000 new registrations and was the most popular car in the country. A year later, it has dropped at least 14,000 units, meaning it is responsible for a large chunk of the overall decrease on its own and no longer in the SMMT figures for top ten models.

To make that picture even gloomier for Vauxhall, last year’s Astra sales were about 19% down on 2016 levels for the full year, so the Astra seems on course to see its UK sales almost halved in the space of two years.

If you drive an Astra, please enter your registration number in the search box above for competitively priced OE replacement parts while they are still on our roads!