Does the thought of cruising at 70mph down the motorway without your hands firmly attached to the wheel terrify you? Well it shouldn’t! The future of a driverless vehicle holds the key to a reduction in road traffic accidents (RTA’s), which are primarily caused through human error. In theory 90% of RTA’s will be eliminated by having a computer act as a human behind the steering wheel.

New such technology is already proving a hit on the roads. Autonomous emergency braking (AEB), will stop a car before impact with another vehicle or pedestrian if the driver’s responses are not fast enough. They have been proven to cut down low speeding accidents by 20%.

The government has stated that the current driving law needs revising to make sure all parties are covered in any accident involving autonomous vehicles which are set to drive freely on British roads by 2021. The secretary of state for transport, Chris Grayling says: “We are creating a new compulsory insurance framework that covers the use of automated vehicles, and when the driver has legitimately handed control to the vehicle. The will ensure that victims have quick and easy access to compensation”.

However, vehicle insurers have warned that there could be potential confusion over who is responsible in the unfortunate event of a RTA. Currently, as the vehicle gains more independence, so the driver’s purpose takes on more of a monitoring and maintaining role, but ultimately overall responsibility will still lay at the feet of the driver.

But as the future becomes ever more present, insurance companies are adapting to come up with suitable solutions to accommodate driverless vehicles – but it is in no way an easy process. One possible solution could be to cover the vehicle, rather than its owner. However, it wouldn’t necessarily consist of one flat amount for every vehicle owner, but would be different depending on which type of vehicle or its age, (as older vehicles could be viewed as risky).

But whatever the solution may be, vehicles are becoming more technologically advanced, and there will be a time in the not so distant future, where driverless cars will travel side by side with manual vehicles – so you can indeed eat your heart out Marty McFly because we are definitely travelling ‘Back to the Future!’ 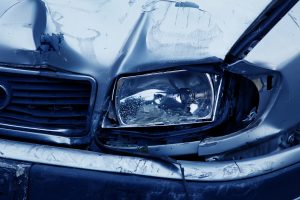