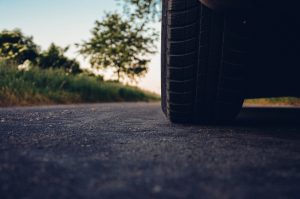 n the aftermath of the Autumn Budget delivered by Conservative Chancellor Philip Hammond on Wednesday 22nd November, Jeremy Clarkson recognised as a very serious and experienced auto journalist has expressed anxieties over the safety of driverless cars, which intend to be running alongside their ‘more traditional’ counterparts on Britain’s roads by 2021. He’s a man who has always been open with his opinions whether provocative or not, so his concerns could potentially put a spanner in the works with how future consumers view the futuristic ‘space-age’ vehicles.

During a commute along the M4 and spanning 50 miles, Jeremy Clarkson experienced two potential life changing instances which he claims were induced through the impairment of the driverless car he was traveling in. He wrote in the Sunday Times magazine: “I drove a car the other day which has a claim of autonomous capability and twice in the space of 50 miles on the M4 it made a mistake, a huge mistake, which could have resulted in death.”
Is it a case of gridlock between feeling anticipation or anxiety for the future of our motor industry? The Autumn Budget plans to support the driverless car industry, which officials estimate will be worth £28 billion to the economy by 2035, and support 27,000 jobs. However, Jeremy Clarkson has insisted that the technology was still a ‘very long way off’, so will the future of driverless vehicles get our heads in a spin?!
Watch this ‘space’……